I was sitting at one of my favorite cafes (Les Editeurs located at 4 Carrefour de l’ Odeon) in my neighborhood of the 6th arrondissement, watching the world go by. The buildings surrounding the Carrefour had a similarity to them but the transport AND people did not. The diversity of transportation, whether by foot, bike, car, bus, motorcycle or wheelchair, even baby carriage and cane, all takes place right here. What struck me though was WHO was on that bike or cycle or by foot. Older and younger, of varying skin color, of different nationality, of different gender, dog in tow or not, child in tow or not…all making their way along here…and, seemingly, without resistance, argument, obstruction but rather showing respect and acceptance of one another while they passed one another on a very narrow street.

The day happened to be filled with negative U.S. news, leaving me deflated like a balloon when one releases its air. News that seemed to express life ever so different from what I was seeing parading before me. But what I was observing, started to lift my spirits. 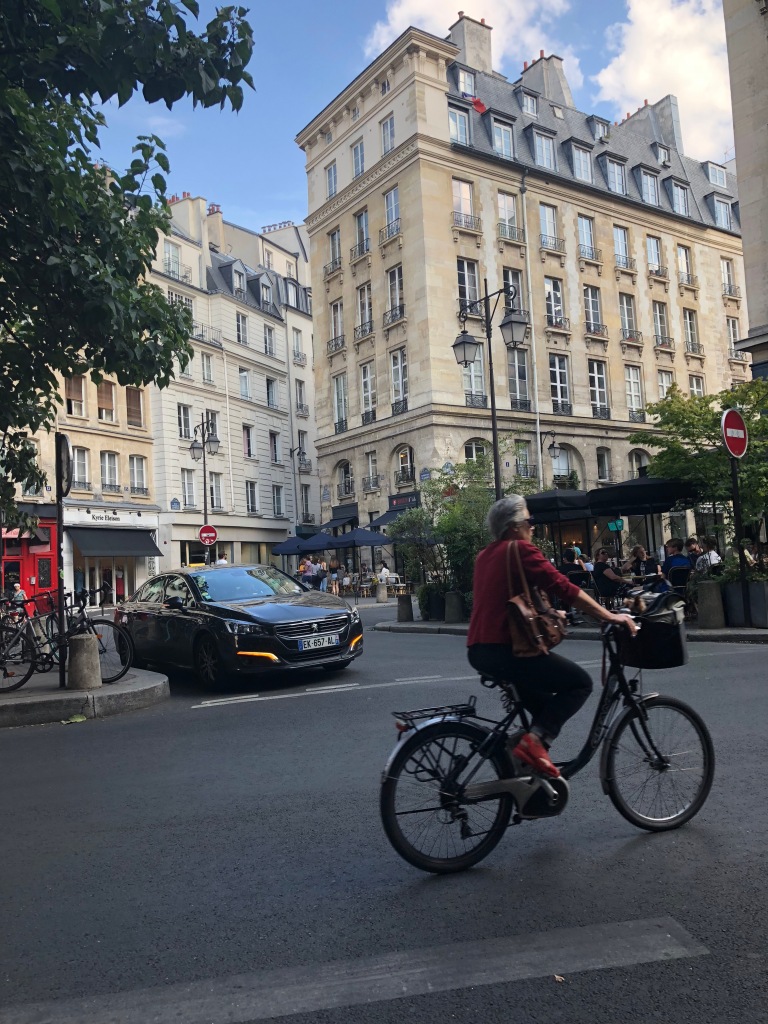 And then, as if I was treated with a mound of icing on the cake, I saw this! Police WOMEN on motorbikes leading AND protecting  a peaceful march of people expressing their message that ALL need to have a roof over their heads. The march was also ended with protection. 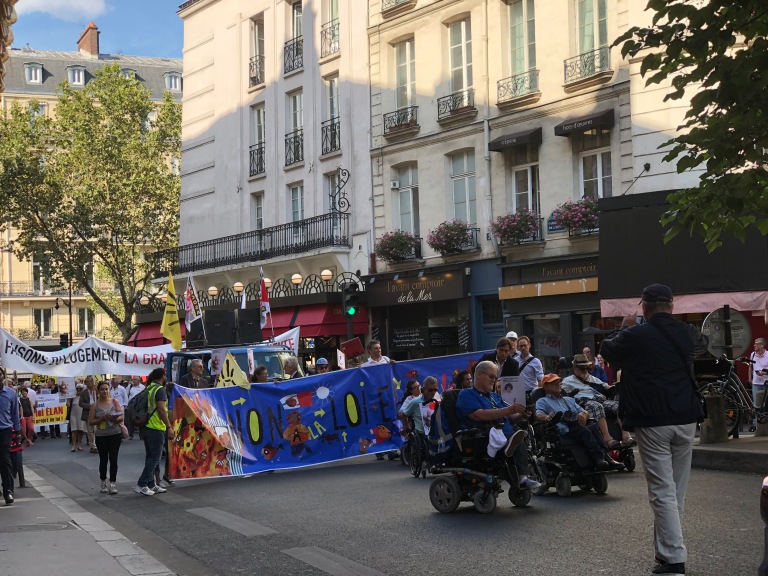 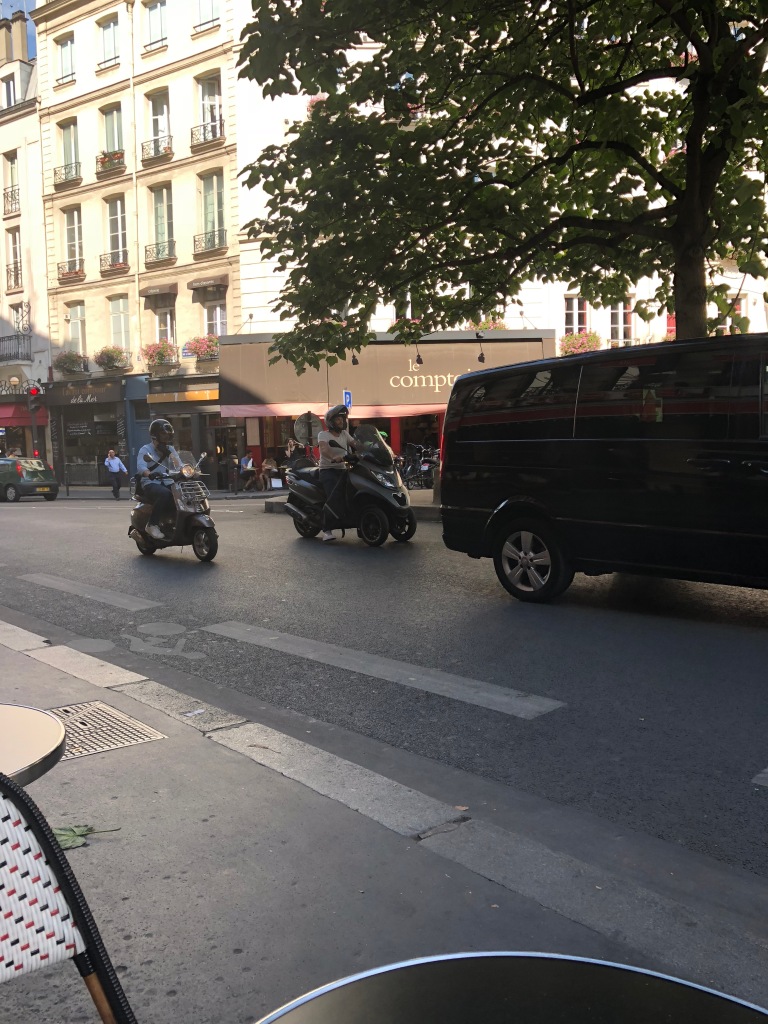 Ahhhhh….I felt a relief coming over me…Although this was Paris, and not my U.S. homeland, my spirits soared. France’s national motto was being practiced: “freedom, equality, and fraternity (brotherhood)”. The assurance I needed was captured. For that moment, ALL was right with the world.

5 thoughts on “Watching the World Go By”